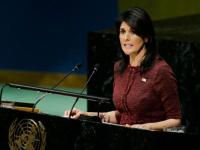 US stands isolated on declaring Jerusalem as capital of Israel

A UN general assembly resolution condemning US decision of declaring Jerusalem as the capital of Israel has been passed with an overwhelming majority. A total of 128 states voted in favor of the resolution, 9 voted against it, while 35 abstained. Before the vote on the resolution, Nikki Haley the […] 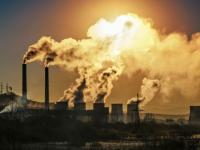 Circular Economy – using and re-using instead of using up

We have plundered our planet’s resources at such a high rate during the last few decades that it has endangered the very existence of all living beings on earth. The World Wildlife Fund (WWF) had warned us about this fact a long time ago. The ever increasing human population along […] 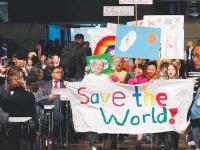 Climate change is real but our efforts aren’t

The Federal minister’s inability to answer a simple question regarding NDCs relevance to Pakistan and insistence upon giving his five-minute long written speech at COP23 conference sums up our seriousness towards climate change. The COP23 conference at Bonn was in fact used as an excuse to visit Germany by officials […] 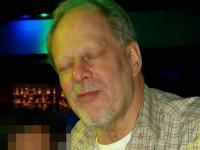 The killing of 59 innocent people in Las Vegas by Stephen Paddock, a white male, has reignited the issue of who gets to be called a terrorist. Again, reading the headlines of most of the western media houses gives us the impression that a white person can only be a […] 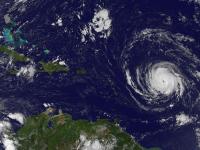 More hurricanes: is America under attack of nature?

Hurricanes, tornadoes and the United States of America have a long history. Hurricane Katrina and hurricane Wilma made quite a show of their damages. Tornadoes are a usual scene in most of the country side of the continent. Nature hasn’t really been nice to the super power. It doesn’t end […] 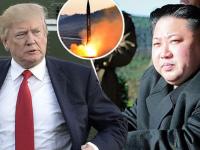 Fire and fury between North Korea and USA

Thousands in North Korea held a massive rally to protest the new UN sanction on their country. The rally was held at Pyongyang’s Kim Il-sung square. Citizens marched through the square holding various placards against the sanctions. Tensions between United States and North Korea have grown due to the Pyongyang’s […] 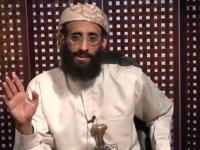 Ofcom, a media regulator in the UK, closed down Iman FM radio station for airing 25 hours of lectures by an alleged former Al-Qaida leader, during the month of Ramadan. The radio station, admitted the breach had taken place but claimed it was not aware of Anwar Al-Awlaki’s background, who […] 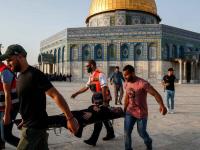 After a two-week protest and praying outside of the Al-Aqsa mosque, Israeli authorities yielded to the Muslim protesters and removed all controversial security devices installed at the entrance of the compound. Israeli police had installed security cameras and metal detectors on the Muslim entrances of the compound leading to Al […] 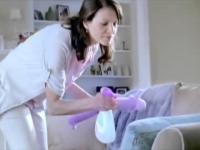 We have grown accustomed to the idea of women being featured in washing powder ads while men shown making mess in various energy drink ads. Apparently UK is breaking this tradition by banning all such stereotypical advertisements. The controversy started when an advert for Aptamil baby milk formula showed a […] 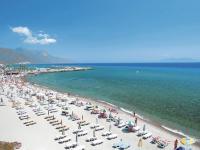 Did you know which of the world’s beautiful islands is on the fault line? Kos island in Greece, the main center for tourists and famous for its long beautiful beaches and vibrant nightlife is one of the most quake-prone places. Kos hosts around 700,000 tourists, mainly British, during the summer […]