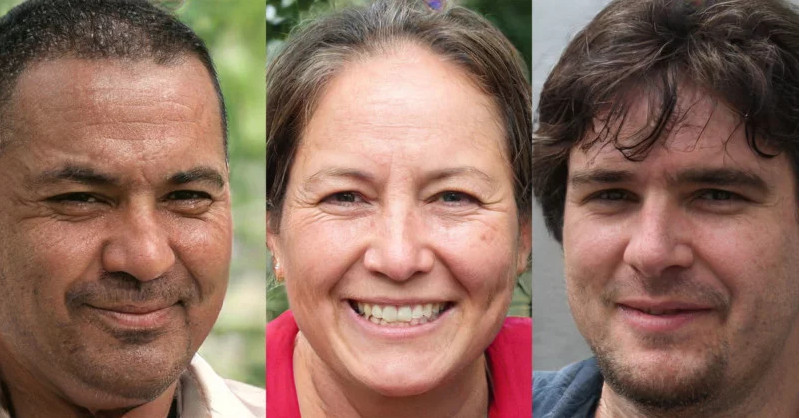 In the iconic Matrix movie, Morpheus tells Neo, “What if I told you everything you knew was a lie?” Neo seems surprised but later on, he does find out that outside the world of Matrix, everything he knew and everything he thought was real, was a lie.

However, that’s just a movie right? Well, true, however, what we find later is that this famous line from Morpheus that we all remember so vividly, doesn’t even exist in the movie. As surprising as it may sound, and despite the thousands of memes created on this very specific line, it does not exist in the Matrix at all. Could it be Mandela Effect?

It leads us to question what is reality then? Well if you were perplexed then hold your breath. Let’s keep Mandela Effect and the imaginary world of Hollywood aside and focus on how we’re all slowly entering into a real Matrix. Yes folks, a real Matrix is being woven for us in the form of Artificial Intelligence.

The images are taken out of the research paper of three NVIDIA AI experts, Tero Karras, Samuli Laine, and Timo Aila. Their paper, A Style-Based Generator Architecture for Generative Adversarial Networks, is based on a new GAN-based model that generates these unbelievably real-looking faces after its initial training on human faces.

None of these faces exist in the world. It’s all the handy work of AI. Researchers are now able to take source images and generate a blend but perfectly new faces off of them using this technique.

The top most five images are used as a source to generate all these new faces using the same GAN-based model that Tero Kerras et al came up with in their paper.

However, this amazing handy work of AI is not simply confined to human faces. The same model can easily come up with intuitive car designs and even classy bedroom interior designs.

These cars, as well as the following bedroom interior designs is all the work of the same GAN-based model.

GAN which stands for generative adversarial network is a fairly new research area in the world of Artificial Intelligence. Ian J. Goodfellow et al introduced GAN in 2014 through their paper, “Generative Adversarial Nets“, available on Arxiv.