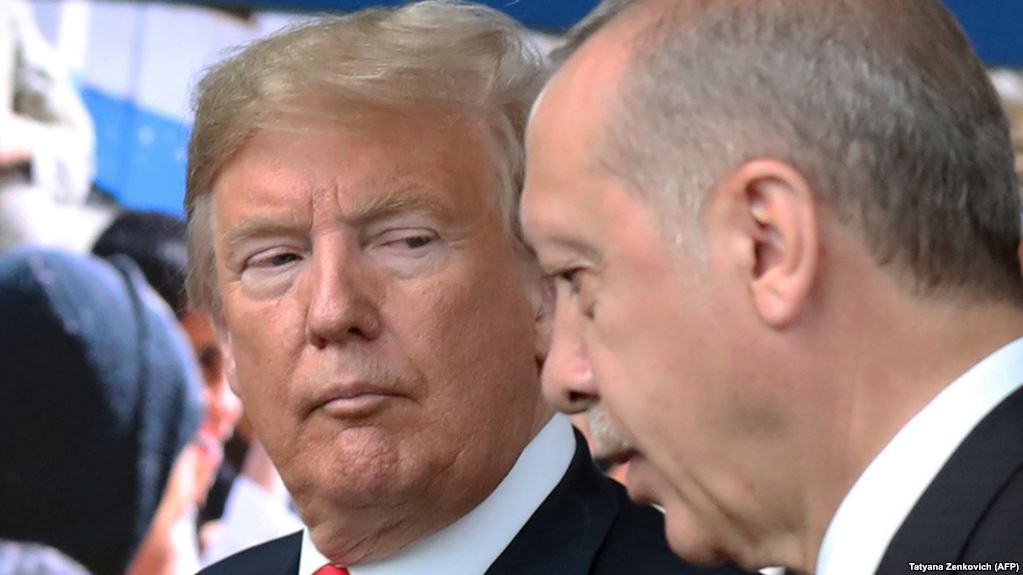 Over the last week, the Turkish Lira dominated world headlines as the currency continues to plunge against US dollar. Currently, at the dead center of a series of verbal ripostes between Presidents Donald Trump and Recep Tayyip Erdogan, the rapidly depreciating Lira has taken center stage amidst deteriorating US-Turkey relations that is wreaking havoc across international financial markets. Considering Pakistan’s current economic predicament, the events unfolding in Turkey offer important lessons to the dangers of unsustainable and unrealistic economic policies, within a dramatically changing international scenario. This holds particular importance for Pak-US relations within the context of the impending IMF bailout.

In his most recent statements, Mr. Erdogan has attributed his economy’s dire state of affairs as an ‘Economic War’ being waged against it by the United States. President Trump too has made it evident that the latest rounds of US sanctions that have been placed on Turkey are directly linked to its dissatisfaction with Ankara for detaining American Pastor Andrew Brunson. Mr Bruson along with dozens of others has been charged with terrorism and espionage for his purported links to the 2016 attempted coup against President Erdogan and his government. There is thus a modicum of truth to Mr. Erdogan’s claims that the US sanctions are in fact, being used as leverage against the weakening Lira and the Turkish economy as part of a broader US policy.

However, to say that the latest US sanctions alone are the sole cause of Turkey’s economic woes is a gross understatement. The Lira has for some time remained the worst performing currency in the world; losing half of its value in a year, and dropping by another 20% in just the last week. Just to put the scale of this loss in to perspective, the embattled currency was trading at about 2 Liras to the dollar in mid-2014. The day before yesterday, it was trading at about 7 Liras to the dollar.

While the Pakistani Rupee has also depreciated quite considerably over the last few months, its recent drop (-17% against the dollar over the past 12 months) pales in comparison to the sustained and exponential downfall of the Lira. Yet, both the Turkish and Pakistani economies are at a point where they are experiencing an alarming dearth of foreign exchange reserves that have in turn dramatically increased their international debt obligations.

The ongoing financial crises in both Turkey and Pakistan are similar to the extent that both countries have pursued unsustainable economic policies for the last few years. These have been centered on increased borrowing on the back of overvalued currencies. While this approach had allowed both governments to finance a series of government investments in various projects, the long term implications of this accumulating debt has now caught up with them dramatically. As a result, both countries may soon desperately require IMF assistance; assistance, that in recent times, has become even more overtly conditional on meeting certain US foreign policy requirements.

In the case of Pakistan, these objectives may coincide with recent US pressures to ‘do more’ regarding the Haqqani network; or a deeper examination of the scale and viability of the China- Pakistan Economic Corridor. With regards to the latter, US Secretary of State Mike Pompeo has clearly stated that American Dollars, in the form of IMF funds, to Pakistan should not be used to bailout Chinese investors. The rationale being that a cash-strapped Pakistan is more likely to adversely affect Chinese interests as opposed to US interests in the region at the present. The politics behind the ongoing US-China trade war add even further relevance to this argument.

In the case of Turkey however, which is a major NATO ally, an important emerging market, and a deeply integrated part of the European financial system, there is a lot more at stake in terms of US interests. Turkey’s main lenders comprise largely of Spanish, French and Italian banks whose exposure to the Lira has caused a drastic knock on effect on the Euro. The ensuing uncertainty and volatility that has arisen is likely to prove detrimental to the US’s allies in the EU as well as in key emerging markets across South America, Africa and Asia. This marks the latest example of the US’s departure from maintaining and ensuring the health of the global financial system, as a leading economic power.

Yet, what’s even more unsettling is the fact that while the US is wholly cognizant of these wide-ranging impacts, it remains unfazed in pursuing its unilateral objectives. This is perhaps most evident in the diminishing sanctity of the NATO alliance as a direct outcome of these actions.  After the US, Turkey is the second biggest contributor of troops within the NATO framework. As relations between both members continue to deteriorate, Turkey has been more inclined to gravitate towards expanding Russian influence. In effect, contributing to the very anti-thesis of the NATO alliance. The recent dialogues between Presidents Erdogan and Putin, in the wake of US sanctions point markedly towards this dramatic shift.

Based on the above, it has become increasingly evident that US actions have come to stand in direct contrast to the Post-Cold War status quo, which it had itself help set up and maintain over the last three decades. It is rather, the US’s unilateral interests that have now taken increasing precedence over its commitments and leadership of major multilateral frameworks such as the NATO, and the Bretton Woods institutions. This approach while allowing greater flexibility to the US has however come at the cost of ceding space to a fast rising China and an increasingly assertive Russia. The acceleration of both Pak-China and Russo-Turkish cooperation present poignant examples of these developments.

However, while it remains unclear as to how much international influence US policy-makers are willing to cede to the likes of China and Russia over the long-term, their actions have made it clear that US policy and the pursuit of its unilateral objectives would no longer be made hostage to the Geo-Politics of key regions. These include key states at the cross-roads of the world’s potential flash-points such as Turkey and Pakistan.

Therefore, both Turkey and Pakistan would be well advised to factor in these reasons behind the US’s disinterest in their economic and financial predicaments. Especially since both Russia and China are still quite a way from being able to completely supplant the US’s financial and military influence across the world; perhaps a greater modicum of self-sufficiency and sustainability is in order to weather through these shifting dynamics.