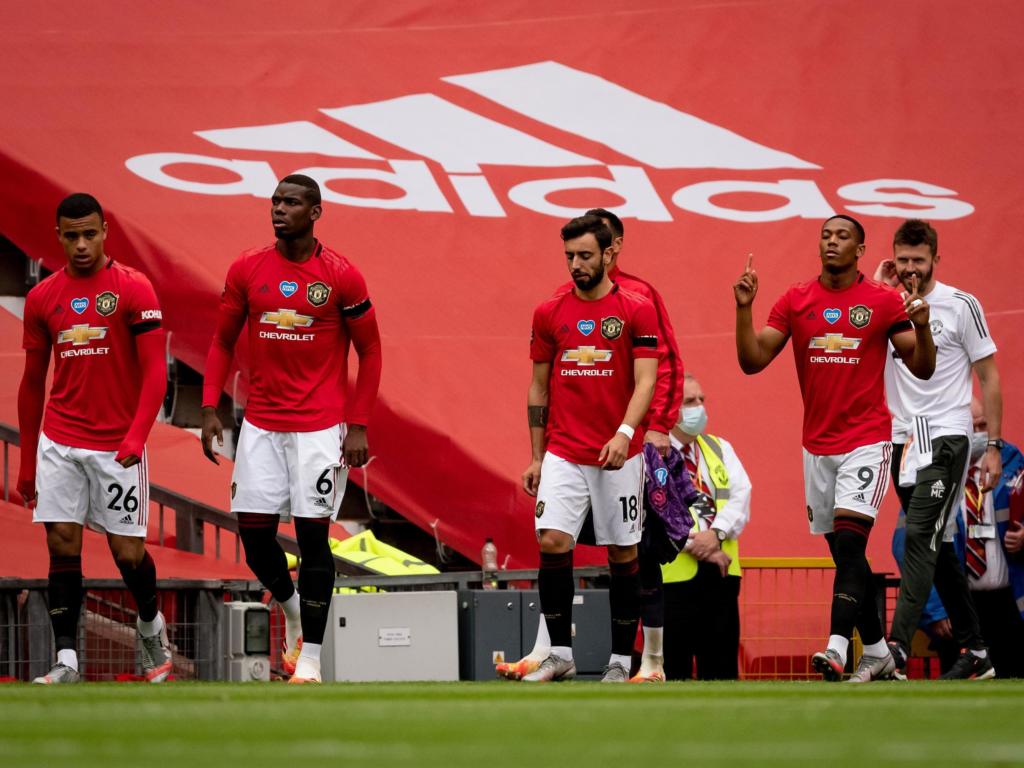 Manchester United’s best-ever run of form after the departure of Sir Alex Ferguson has come to a conclusion as the Reds were beaten by the London outfit 3-1 in the FA Cup semifinal. Ole and his men played some of their best football during that period since the arrival of the Norwegian legend in December 2018 having played Chelsea, Man City, Sheffield United, Everton, and Spurs thus winning 15 and drawing 4 games. 50 goals, 13 clean sheets and 8 goals conceded is impressive but United certainly does have things to worry about.

Even though United is unbeaten in the premier league (8W,5D,0L) since February which has helped them reach very close to the Champions League place, something which seemed unachievable before the January transfer market when they were 11 points behind 4th place.

One thing is sure in the back of the mind of every Old Trafford faithful is that Ole Gunner’s team is magnificent when things are going well but when the wheels start to crumble they really go into a dark phase. Partly due to the change in formation, it was first witnessed when Ole changed the formation from 4-3-3 to 4-2-3-1 just after cementing the job permanently which took a long time to get used to. Recently, the baby faced assassin opted to choose same formation (3-5-2) three consecutive times against Frank Lampard who has a high IQ and totally read what United tactics were and this should really be the end of this formation as the Reds have now got the players to be an attacking side rather than soaking up the pressure and hit on the counter.

David De Gea made his first start of the FA cup against the Blues and it was arguably his worst performance in a United shirt. Particularly, Mason Mount’s strike was an atrocious error by a keeper of his standard who has won four out of five Player of the Year awards for Manchester United. From 2015 to 2017 he was the best goalkeeper in the world but ever since coming back from 2018 World Cup in Russia, the Spaniard has never grasped back his mind-blowing cat reflexes. No goalkeeper has made more errors leading to goals directly in Europe’s top five leagues since last year than United’s No.1. It is obvious something is going on with a phenomenal goalie but it’s a sign of extreme worry when his position is at stake considering Dean Henderson is having a remarkable season and playing a keeper who is out of form is turbulent in a team who is desperate to get back to where they belong. But David will not be a second version of Iker Casillas as he is a legend of the club and is still eminent among the Red Devils, making more than 400 appearances and being at the best in a dull phase of North West England’s club.

Ponderous Bench and Centre Back conundrum

Manchester United starting XI is finally looking solid as the Reds are chasing their league objective this season. The arrival of Bruno Fernandes as mentioned in one of my previous articles has boosted United hopes of being back at the top joined with the return of Pogba and Rashford from their respective injuries. But the point of concern is the bench, where there is a significant dip in quality compared to the first team proven by the performances after the restart. Most prominent are the likes of Fred and Mctominay who were superb before the lockdown, Daniel James having a rough patch whereas Lingard and Pereira showed a sense of disarray throughout the season.

On the other hand, the need for an extra center-back is increasing more and more but it is unlikely Ole will ask for investment in that area considering the financial situation of football. Many have suggested that the United need a fast central defender who can cover the weakness of the club’s captain Harry Maguire or even give him the chance to rest. Considering that, it is obvious United need strong reinforcements like the current manager in his playing days if they are to reach the top level again.

Surely the players will be disappointed like fans after the FA cup exit but Manchester United are in for a cracker of a season’s finale as it is nail-biting for all the football fans who will reach the top 4. If somehow the Manchester club fails to achieve it they still have Europa League to play and they are favorites to win that competition which will guarantee Champions League football next season. But the top 4 should be prioritized as it fortifies the situation early and will also help in planning the transferred business for next season for the big money transfer of Jadon Sancho.