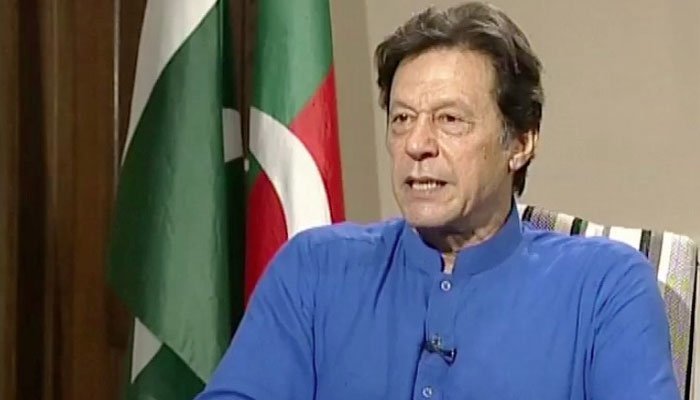 Imran Khan has responded to severe criticism after one of his video went viral in which he and his new wife, Bushra Bibi, were seen procrastinating on the entrance steps of the Baba Ghulam Farid’s shrine. Mr. Khan was largely criticized for this act and many called it a Shirk, an unforgivable sin in Islam when a person practices idolatry or polytheism.

Many were quick to issue fatwas against Imran Khan saying it was totally against the spirit of Islam.

However, during an interview with Kamran Shahid on Dunya News, Imran Khan explained that “a Muslim can never even think of performing Sajda to anyone expect Allah”.

“I only kissed the stairs leading to Baba Farid’s shrine out of utmost respect for the legendary Sufi”, he said. “I can never even think of performing sajda to anyone except Allah”, he further said.