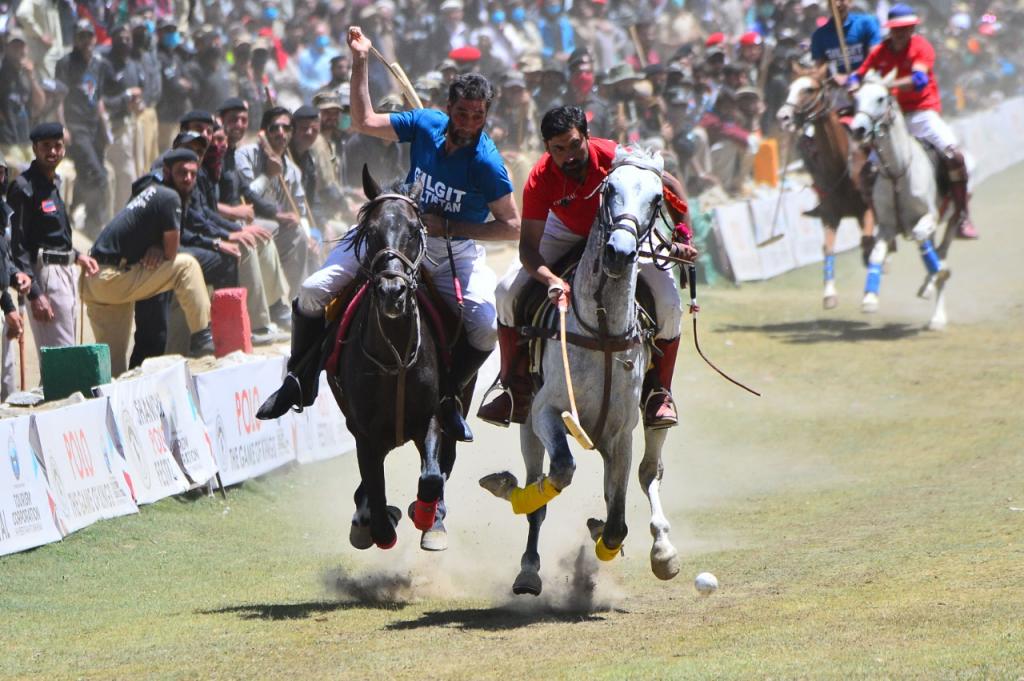 The final of the Shandoor festival which was held at Shandoor in the upper Chitral valley, came to an end, yesterday. In the final match, Chitral team A, defeated Gilgit Baltistan team A by 10 goals to 9.

The polo festival concluded with great pomp and show. Paragliders from Pakistan Army physical Training school Abbotabad and army SSG Commandos demonstrated para jumping. Like, every year, around 35,000 tourists participated in the festival, said spokesperson of KPCTA while talking to VOJ.