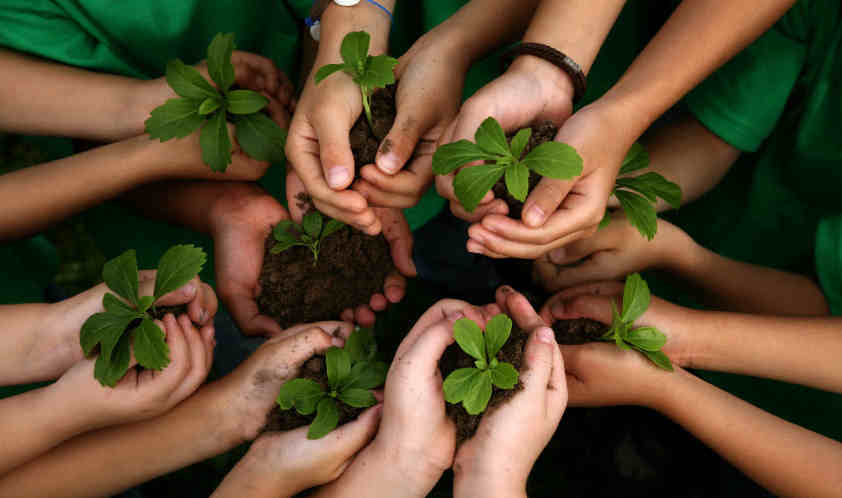 The United Nations Department of Economic and Social Affairs (UN DESA) reported in 2014 that over 54 percent of the global population lives in cities and it is expected to increase to 66 percent by 2050. It means more cars, more factories and more power plants in the cities. As cities grow, leaders are funding creative and often expensive solutions to curb the air pollution problem.

Like in London the local administration spent over a million pounds, spraying cities with an adhesive that was supposed to glue pollutants to the roads. Similarly in the Netherlands, designers have created a giant air purifier which is called “the smog free tower”. These are effective but quite expensive ways to curb air pollution. There is a simpler solution that is often overlooked. That is, planting trees.

Cities are centers of industry. The resulting pollution is adversely affecting the urban population. One major reason is particulate matter. Air borne particles of dust and smoke released when we burn fossil fuels. When we inhale these particles they may cause asthma, heart diseases, stroke and even death. Experts estimate that outdoor pollution kills about three million people annually.

A new report from The Nature Conservancy show that planting trees could be a cost effective way to improve public health which they do two ways. First, a tree removes particulate matter when polluted air blows through its branches. The particulate matter settle on the leaves and when it rains the dust is washed down the drainage so the humans don’t inhale it. Second, trees cool temperatures by providing shade and release water through photosynthesis which cools summer temperature by about 2-4 F. But tree plantation need to be properly planned. Trees can only clean and cool the air within a close radius of about 100 feet so cities officials need to consider it where they plant the trees.

Officials can maximize pollution reduction by planting trees according to the population density and air pollution spots. Government departments and NGOs use data from developed cities to create maps showing where planting trees will have the highest return on investment. Moreover, type of trees also matters in this regard. Some trees might work better than others like trees with larger and stickier leaves are more effective.

Many cities around the world are considering minimizing air pollution by planting trees. It can be more cost effective than other ways like converting public transportation to use less diesel fuel. However, cities in majority of the developing countries don’t think of trees as a public health resource which is unfortunate.

Trees are actually giant air filters. The sooner we start thinking of them that way the sooner the air we breathe might be cooler and cleaner in cities around the world.