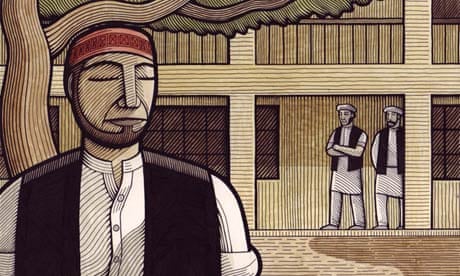 The novel, “The Blind Man’s Garden”, by Nadeem Aslam, is a true account of what is happening in Afghanistan and its results on the people in neighboring country. The setting of the novel is the Soviet attack on Afghan. The story begins in a little Punjabi town named as Heer. The whole story is centered around two main characters, Jeo and Mikal who are foster brothers.

Mikal is a sensitive boy who studies medicine. Jeo is a kind of vagabond since his early teen hood and he little cares what the life is really meant for. Mikal decides to go to Afghanistan from Pakistan which very well is the case with many more militants. They all go somewhat like this way.

After the death of Sofia, Rohan orders to destroy all her paints because he wants to rest content her soul. Mikal is adopted by Rohan and is in love with Naheed but his love is scapegoated when Naheed is married to his foster brother Jeo.

The story features a warlord who is respected by all in the area but in reality he is a pedophile  preys on little children. Before the two brothers, Mikal and Jeo enter Afghanistan, they are captured by warlords and sold to Taliban where they found themselves defending a Taliban stronghold. The American-funded militants attack Taliban camp and Jeo is killed in the attack while Mikal is imprisoned. T

The story describes a chaotic situation where on one hand there are Terror groups such as Al-Qaeda and Taliban and on the other hand there are US led military forces. In between, it is the lives of innocent civilians that get affected the most.

All in all, the book is a great read for people who want to understand the gist of what exactly happens when a country descends into a civil war. There is no rule of law and the only rule that matter is the one being enforced by the powerful. Not justice but power is the rule in such situations.