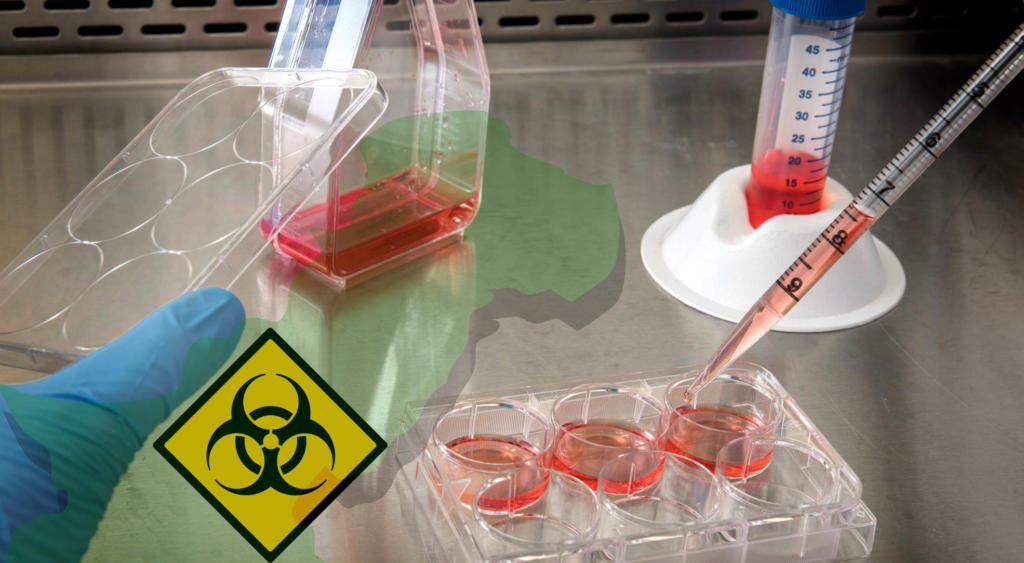 As the broad ranging consequences of the COVID-19 pandemic wreak havoc across the global political economy, there have also simultaneously come up several issues pertaining to policy and governance particularly related to International Security. These include for instance the growing emphasis now being laid on biosecurity which under the current context of an unprecedented global pandemic has greatly exposed the failings and lack of preparedness of even some of the world’s most developed
countries.

One has to merely glance at the fast-rising death tolls in the US, UK, Italy and Spain to gauge how some of the world’s foremost economies and health services have been left devastated owing to a severe lack of preparedness. Countries which boast some of the world’s most robust military industrial and technological complexes, have been unable to otherwise safeguard not only the health and safety of their own populations, but also to preserve what can be only described as their entire way of life. Something for which they have been more than ready to go to war in the past.

Its hence no surprise that the US for instance, in its incessant need to scapegoat (or to just simply bomb)and divert mounting public outrage has been consistently directing blame towards China. This has ranged from alleging China to have deliberately engineered the virus, to holding the Chinese government accountable for having initially covered up the severity of the outbreak in a bid to safeguard
its own economic and diplomatic standing. While it is unlikely that the US would go to war with China solely over this, the dramatic deterioration in relations that has been witnessed in the kind of rhetoric and proposals that have been coming out from both countries stands as cause for grave concern for the world at large.

Yet, what’s lost amidst this blame game that has dominated headlines for over a month, has been perhaps the more important and timely discussion that had arisen on the importance of incorporating  more robust bio-security measures. This is understandable considering how the term biosecurity has itself over the last two decades come to be associated more in relation to enacting safeguards against bio-terrorism and bio-chemical weapons. Aspects that were directly based for instance on the anthrax


and smallpox scares that had dominated US policy discourse shortly after the September 11 attacks. Or for instance from the more recent threats issued by ISIS regarding the use of such weapons against Western targets. The above linked report from the Hudson institute for instance evaluates the US’s need to enact such biodefense (or biosecurity) measures within exactly such contexts.

However, it is this very context related to terrorism and homeland/national security which in dominating US policymaking circles is more attuned towards focusing on the perpetrators of such threats; be they state or non-state actors. Consequently, the whole aim of the US – and also arguably its closest allies – has been to justify its more interventionist and hands-on approach to mitigating such threats before they reach US shores. Hence, the emphasis being more on preventing such biological ‘attacks’ from occurring in the first place as opposed to dealing with them once they’ve ‘hit’.

While justifiable in its own right, what this approach however misses in its overarching focus on national security, is perhaps the more pressing need to address public health and safety domestically. Which in essence is what national security is premised on defending in the first place – an effective Civil Defense of sorts.

For instance, a widely cited comparison of the ‘Western’ response to the Coronavirus with that of certain East Asian countries such as Taiwan, Singapore, South Korea and Japan shows how these latter countries’ more recent experiences in dealing with the SARS and MERS outbreaks had contributed immensely to their relatively better responses to this pandemic. By already having in place certain
contingency and policy directives grounded more in a domestic public health and safety perspective – as opposed to an outward looking national security one – each of these states was able to mount a more coordinated, timely and socially aware response to this crisis.

Most importantly their responses had public support and sympathy directly built in to their policies which saw the overall public perception of their governments’ measures as wholly necessary and compulsory; as opposed to being forced and reactionary. This latter aspect for instance is manifest in how several countries have witnessed severe public and political backlash towards the social distancing and lockdown policies that were enacted the world over. This includes backlash witnessed in countries ranging from the US to Pakistan, where the economic costs of such policies – which once again are tied directly to externally inspired national security concerns – were given unassailing primacy over domestic public health and safety.

Talking specifically of Pakistan and its long history of being portrayed as a security state, such threats to national security from a potential bio-chem attack, are already prioritized along the lines of a potential WMD attack considering the primacy such threats hold for a Nuclear Weapon State. However, even within such military dominated approaches to bio-security, there is a still a public safety and awareness component from a Civil Defense perspective, that even in the case of any WMD attack remains already lacking. Thus, belying the prioritization afforded to deterring external threats, rather than on eliminating such shortcomings within, just like the US.

The current global pandemic has provided a rare chance to have this conversation regarding the very premises and priority this concept of Bio-security has been accorded within government policy circles. It has afforded a previously unfound impetus and political capital to enact and fund such measures. Instead of being squandered however, such impetus should be used to mitigate such lapses that have now been brought to the forefront of governance and policy discourse the world over. Unless these realities are adapted to, life is likely to become even harder in a world that has changed dramatically in just the last few months.