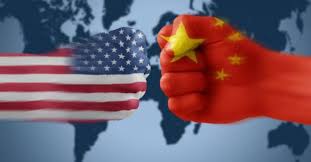 Pakistan is facing a mounting and seriously increasing economic crisis.

The backdrop to this is big infrastructure projects such as the China-Pakistan Economic Corridor (CPEC). They are building bridges, railways, roads – which is exactly what Pakistan needs to get its own economy back on track. CPEC will revolutionize Pakistan’s infrastructure, there are signs it is creating short-term economic problems, with loan repayments further depleting its foreign currency reserves. It has left Pakistan with a lot of debt. It has also led to the emergence of a huge current account deficit.

Pakistan has allowed the currency to weaken, raised interest rates and spent their foreign exchange reserves. Now they are about to knock on International Monetary Fund’s (IMF) doors for a bailout package worth $12 billion. The country need a lot more drastic policies which the IMF will ask them to provide. New loan from IMF is likely to come with strict conditions.

According to Gareth Leather, a senior economist at Capital Economics, the US officials have linked the Chinese projects to Pakistan’s financial crisis and may demand details on the terms of Chinese loans. He is of the view that the IMF is going to be quite tough. It will demand a lot more transparency on the Chinese investment projects which is going to upset the Chinese who like the fact that nobody knows exactly how much they are making from these projects.

IMF may also demand a significant tightening of fiscal policy, which means that Imran Khan, who is elected on the pledges to create a welfare state in Pakistan, is going to have to do the opposite by cutting spending rather than increase it. That’s going to be quite unpopular.

Pakistan has sandwiched itself between two financial powers: China, from which it has borrowed heavily, and the Western-dominated IMF, which might be its short-term savior. Pakistan’s economy has become yet another battlefield between the United States and China. As the largest contributor to the fund, the United States has considerable sway over its decisions.

Any demands by the US for China to publish the terms of its CPEC loans, as well as to scale back its investments and even write some down, could set up a bruising clash between Beijing and Washington. China is the second-biggest shareholder in the IMF, but does not have a veto on its board-level decisions.

Economists say that if the United States try to block a potential bailout, Imran Khan’s fledging government could face a major crisis. Among the concerns are soaring inflation, bank runs, capital flight and new import controls. Asad Umar, the finance minister-designate has told Reuters that the new government would not rule out asking China for a bailout, rather than approaching the IMF.

The economic mess awaiting Pakistan’s new government could take the thrill out of their election victory.The country’s current account deficit has soared to an alarming level. Foreign currency reserves would cover less than two months of imports.The Pakistani rupee has been devalued several times in the last few months, tax collection is extremely low.

According to a Bloomberg report, only 1 percent of the population file income tax returns. Pakistan was recently returned to an international gray list for failing to curb terror financing which has made foreign transactions even more complex and expensive. If Pakistan is placed on the Financial Action Task Force’s blacklist, the sanctions against it would be more serious, further impacting its ability to borrow in the short-term.

The trick for Imran Khan will be managing expectations. He is a Pakistani success story. His election could open new doors for Pakistan. But how he handles the cold, hard numbers of Pakistan’s up-and-down economy, more than anything else, will determine his success.