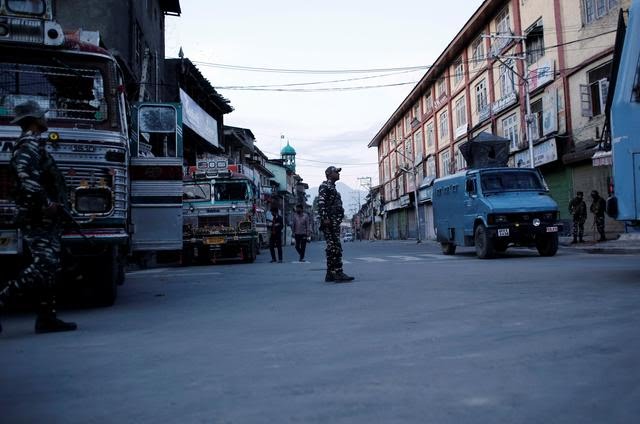 In October 1943, at a conference in Moscow United States of America, United Kingdom, Soviet Union and China sat together to revive the old League of Nations; an organization founded in 1920 with the purpose of creating a platform which beyond the interest of any single country, would be capable of solving the contrasts between nations via diplomacy. The plan didn’t work out well because of the “punishment” decided for Germany, declared the only country responsible for World War I, followed by the Politics of appeasement when a populist, nationalist leader, Adolf Hitler came to power. The rest is history.

On 25th April 1945, with conflict still on going the representatives of fifty one nations gathered in San Francisco, California and after two months of consultations announced the formation of United Nations. This organisation like previous one had the same objectives with more defined organs. To cater the politically charged and socially awakened populace this time the focus was on guaranteeing the basic human rights; people’s right to free and dignified existence.

One year into its existence the UN passed a number of resolutions on various issues of that time. Among them a resolution on Kashmir which clearly stated that the occupying force, India, should hold a plebiscite in disputed territory guaranteeing the right of self-determination of it’s people. Indian government failed to implement this. UN also formed an Observatory Group to monitor the ground situation and tasked with reporting it back to the UN Security Council which submitted its last report in 1972 which is also the year of the signing of Simla Agreement between Pakistan and India.

According to this accord, both parties agreed that Kashmir is a bilateral issue. In 1965 Kashmir’s constitution was amended, downgrading the status of Kashmir’s Prime Minister to Chief Minister. On 5th August 2019, by revoking Article 35A and 360 India officially occupied Kashmir, by using the same article of the constitution as an excuse and validating its move as an internal manner.

This article was in first place introduced to counter the UN resolution with giving the region so called autonomy but still keeping it occupied. Pakistan can rightfully claim to have successfully internationalized the Kashmir’s cold case so far. UN finally held a closed door consultation session on Kashmir after fifty years, on China’s call. What’s next? What’s Pakistan’s answer to India’s Bilateral – Issue – card when on the other side it unilaterally tried to change the status of disputed territory.

Pakistan’s retroactive approach will have a heavy cost when it comes to Kashmir or presenting its side of the story to international community. One example are Indian English news channels, propagating false news about the worrying situation in Kashmir under siege on air. Another outcome of this negligence is the use of social media platforms by India, to curb the voice of Kashmiri Activists with Facebook taking the lead here in suspending the pro kashmiri accounts. It was an year ago when twitter followed the suit, suspending Twitter accounts of activists and few Pakistanis’ telling them they are violating Indian law. It makes one wonder has Indian law became Twitter’s law? How come it applies on Pakistani citizens?

No fuss was made because Kashmir wasn’t a hot issue and the Pakistani accounts suspended were pro military, of right. This issue only came to light with India’s latest move in Kashmir, putting it under siege with additional thirty five thousand troops deployed, followed by a communication blackout. When social media users in Pakistan started voicing their concerns on plight of Kashmir. A large number of users’ accounts were suspended without a prior warning. Authorities raised the issue with Twitter and only a few verified accounts were restored.

FIA was quoted in News of not having any kind of agreements with social media companies so they refuse to collaborate. A country with thirty seven million active social media users doesn’t have a legislation to regulate social media. Another news said “Government of Pakistan to file a lawsuit against Twitter if it doesn’t restore the suspended accounts” on a time where a class-action lawsuit should’ve already been filed. Twitter’s actions are the result of India’s proactive strategy to manipulate and dominate the online debate on a free platform.

What GoP will do, would only be a passive reaction of yet another proactive strategy of India by projecting itself as a land of opportunity and in line to become world’s fifth largest economy under the banner of Incredible India. It’s time for Pakistan to not only be just proud of its raw talent but to start polishing and channeling these resources for country’s benefit. Being the fourth fastest growing freelance market Pakistan can have its share in the tech industry.

GoP needs to provide better employment opportunities and favour small scale businesses to nourish its economy. The biggest advantage today India relies on to get away with its occupation of Kashmir is of being an economic power house and having better financial ties with the rest of the world when compared to Pakistan. Until this happens Pakistan would have to put all its efforts to keep the Kashmir issue alive on international forums like UN and engage diplomatically other countries and forums like European Union which were founded on the ideals of protecting the human rights.

Twelve million people under siege, among them children, women, elderly patients cut off from the world, some from their families, others from their relatives. Where an occupational force is deciding when they’ll step out to go to markets, mosques, schools or hospitals, teenage boys being picked up from their houses at night and more than 4000 detained without any charge, this is enough of an occasion to demonstrate if International bodied like UN stands by its values.