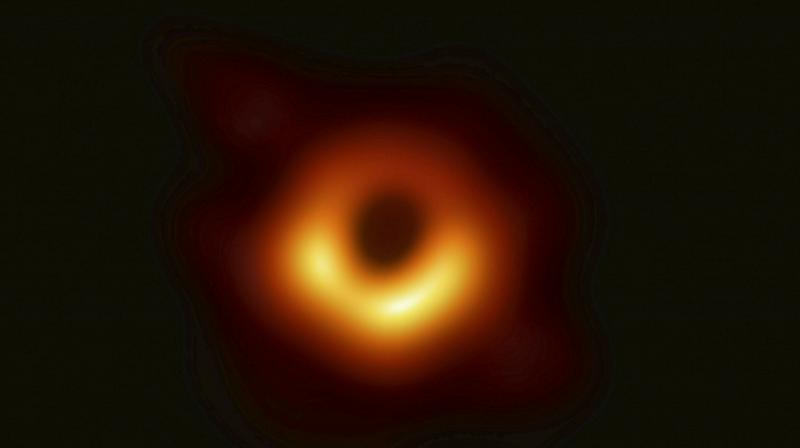 The recent collaboration of over 200 scientists from around the world achieved the historic milestone of taking the first-ever picture of a black hole using Event Horizon Telescope (EHT), a world-spanning network of telescopes. The news was met with much excitement around the world.

“We have seen what we though was unseeable. We have seen and taken picture of a blackhole” said Sheperd Doeleman, EHT director and astrophysicist at the Harvard-Smithsonian Center of Astrophysics in Cambridge.

Black holes are notoriously hard to see, their gravity is so extreme that nothing, not even light, can escape across the boundary at a black hole edge. But some black holes, especially supermassive ones dwelling in the galaxies center, stand out by voraciously accreting bright disks of gas and other material.

The EHT reveals the shadow of M87’s black hole on its accretion disk, appearing a fuzzy asymmetrical ring.

The picture is taken of the center of the Messier 87 galaxy within the Virgo cluster, which is 53.49 million light year away and around 6.5 billion times the mass of the sun.

University of Hawaii-Hilo Hawaiian professor Larry Kimura named the cosmic object Powehi. Powehi means “the adorned fathomless dark creation” or “embellished dark source of unending creation” and comes from the Kumulipo, an 18th century Hawaiian creation chant. Po is a profound dark source of unending creation, while Wehi means honored with embellishments, is one of the chant’s descriptions of po.