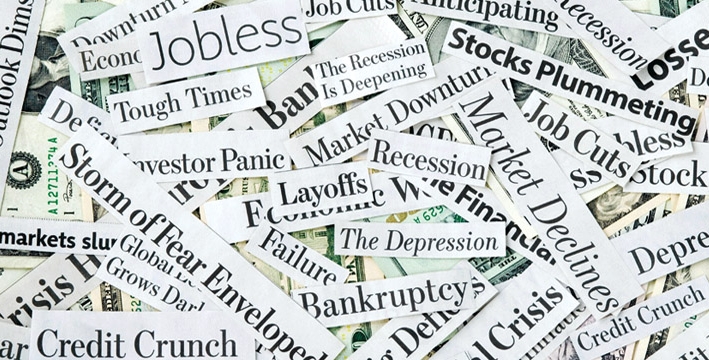 Pakistan’s newly elected government will be faced with numerous challenges with the economic crisis at the top of the list. They will inherit a trade deficit of $37.7 billion, a tumbling stock market and the second worst performing currency in the world.

The economy has gone from bad to worse over the past two years. The country’s dollar reserves have dropped at the fastest pace among all the Asian countries and the current account deficit increased almost 50 percent during the last fiscal year. The economy is currently utilizing about $1.2 billion of foreign exchange reserves every month.

Keeping in view the size of the current account deficit and minus the short-term debt obligations that need to be met in the near future, this leaves barely enough for two months of imports.

The currency devaluation has reignited a concern over the macro situation of Pakistan. It will lead to inflation, reduce the purchasing power of citizens abroad, rise in debt repayments.

The recent increase in prices of energy may be attributed to the ongoing rupee depreciation wave. It may also be a concern for foreign investors. The government is of the view that the currency depreciation is necessary to address the problem of external sector deficits.

Otherwise, levels of aggregate demand for consumer goods will remain sustainably high, and the inter bank market will need to be resupplied with dollar liquidity at regular intervals which will be a difficult task. So, to avoid such scenario, the currency is devalued but to what end.

Since Pakistan’s real reserves have dropped below the level reached when the country approached IMF the last two times for a bailout, therefore the next government will need to approach the IMF as a matter of urgency. The caretaker finance minister has already hinted at that.

A recent IMF report says that risks to Pakistan’s medium term capacity to repay have significantly increased due to mounting external and fiscal financial needs and declining reserves. The report further says that the country’s external financing needs are expected to rise to $45 billion in the next few years. It is clear from these figures that the next government will have no option but to seek another IMF loan to reduce current account deficit.

Pakistan has borrowed about $7 billion from China over the past two years. However, according to finance ministry officials, Chinese loans are only a short-term relief. A bailout from IMF has become a necessity.

Although the PML-N government denied the fact that they were interested in IMF bailout but according to the Asia Times, the then finance minister held talks with IMF officials in April this year. The main purpose of the talks was to discuss a bailout package for after the elections, which they are expected to win.

However, the finance minister and other officials have publicly denied any plans for a bailout from IMF. It will not be an easy task to borrow from IMF this time. The IMF believes Pakistan’s external debt will reach $145 billion over the next five years. Pakistan does not have the capacity to pay back this amount.

Such a scenario leaves the country dangerously at the mercy of international lenders who use leverage in extracting political compromises from Pakistan as a quid pro quo for allowing Islamabad access to IMF funds.

The most immediate challenge facing the incoming government is how to meet its international obligations and prevent insolvency. The stabilisation programme, which Pakistan will be compelled to implement, will stunt growth and limit job creation, raising income inequality and poverty with immediate adverse ramifications for the new government.

The challenge of reforming the tax structure, administration and controlling corruption seem herculean tasks. If these issues are not addressed, Pakistan will continue to remain trapped in cycles of borrowings, thereby creating further imbalance in a fragile economy.

The problems are so many and so complex that it is hard to even prioritise them.